Imposter Syndrome. We’ve heard of it and some of us have been through it. Imposter syndrome plays into my work life, but also this blog, and my personal life.

2019 has definitely been a year of change. 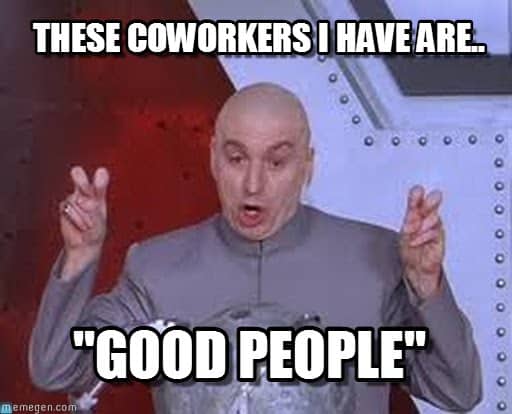 Gaining a new position is not only about learning new systems and new people. You’re learning your role and how you fit into the equation. And, if you’re like me, you’re wondering if you’re good enough to get the job done.

Networking played a major role in me obtaining each new position I started this year and it also made me question if I’m getting a position based on the skills I possess or if people knew I SEEMED good enough on paper that I’d probably get the job done.

It can be extremely difficult to join a team that has been performing at a high rate for any amount of time. Yes, they hired you because they feel that you’d be a valuable part of their team, but joining that team can bring doubt on both sides.

A new person comes in and starts asking questions when no one has questioned you before and all of a sudden, it’s a problem when they are simply trying to understand the goal of the team and what has been in play.

We have to pay attention to the players we are putting together. How can you work on something that people are overlooking or ignoring? Too many times we are putting new hires in stressful situations and then get upset when they need to take a mental break when we haven’t given them the tools to succeed.

Understand that people are out here doing their very best, going above and beyond, and still believe they aren’t good enough based on the standard. That standard can be set on society or what they’ve placed in their own heads. We aren’t just overworking ourselves, at times, we are beating ourselves down because to us, our best isn’t good enough.

Asking for help has the ability to also make people feel like they’ve failed. No, you’re not dealing with robots and yes humans have things that come up and feelings can get in the way some times, and ignoring the issues your employees have aren’t doing you or them any favors.

Imposter syndrome is a hard continuous cycle. Some days it’s not easy to pull yourself up and remember who you are and what you’ve accomplished or why you belong. To me, we aren’t asking for praise from others, because honestly, we probably won’t believe what you’re saying anyway. There are sometimes when I know I’m going down a rabbit hole of not being worthy enough for a position, a blog feature, or a job and then I remember I’ve worked hard to speak up and out when necessary. I’ve decided to help others because I don’t want them to feel like the fight is pointless and won’t amount to anything.

The work has been done and yes, there is more to do, but we’ve earned what we have, so keep going.