Music and road trips are a big part of my life. While my boyfriend and I have been taking 10 hour road trips these past few weeks looking for a car, we’ve been listening to a lot of music. I don’t always agree with rappers or the things they’ve done in the past or present but, he loves real hip hop, and Nas latest album, NASIR, has been on repeat … right behind Beyoncé and JayZ, Everything Is Love, because, duh! 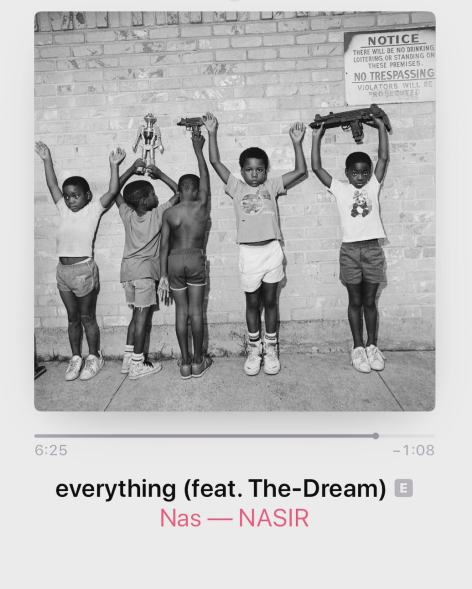 Inclusion and Diversity have been a hot topic for the two years of my HR Career. Look at our world, we no longer have an option of pretending everyone is equal in one way or another.

There have been times in my life, like many people, where I didn’t feel as though I fit in anywhere. Middle school and my beginning years of high school made it difficult. Here recently, I’ve learned about more adults feeling as though they are not part of something and how it has made them feel. This post isn’t to demean how any individual feels.

See, a lot of times as adults, we like to place the blame on others instead of standing in our own faults.

For example, white people losing their jobs for calling the cops on people of color for living their life is a result from a choice THEY made. It’s interesting to see that even though multiple news stories have come out in the past weeks around situations like this, people are still doing it … because they want to feel INCLUDED in taking down people of color.

Or when someone thinks saying, “I don’t see color”, is a compliment because they are including everyone in one big group, therefore, being inclusive to all.

People of color, especially Black people, want inclusion in the world, it’s not a mystery. The problem is we want inclusion on basic health care, not being looked over for a job, the feeling of safety in our own homes, heck, at this point feeling safe anywhere would be nice. We don’t want to wonder who will speak at our funeral just because a cop pulled us over. The basic human rights non people of color automatically have, is what we want.

Black women want to be heard, not taken advantage of and used. We want to be included in the talk about bettering our communities because most of the time, we’re doing the most work.

Inclusion is a hell of a drug because some white people want to be “included” in the mix so bad, instead of fighting for the rights of all as a white person, they want to outline our struggle and tell us how to fix it. The problem is, in my opinion, Black people can’t fix what what whites won’t allow because white people won’t listen, instead white people have to get their family members and freinds together. You have to start the conversation, but instead of doing so, you just side eye the family member that voted for orange puff.

Once again I say, Rachel Dolezal could have done everything she did for the Black community as a white women, but instead, she lied, changed her appearance, and then brought the image of Black women down another level. I’m not just talking about the way of physical appearance.

“People do anything to feel involved, inclusion is a hell of a drug.”

Are you really being excluded or is it that you want to be included so bad, you’ll do anything for it?

Are you so pressed about not fitting in with Black people that you’re doing the famous “If I can’t have him/her, nobody can” line? It’s the same thing, just change the words, “If I can’t be included, nobody can” and here comes the cops.

You don’t want to be inclusive with people of color, because you always want us to remember we’re “beneath” you. Even with all the fame JayZ has, his line on a new record Nice says, “Time to remind me I’m Black again, huh?” Because even at the top of our own accomplishments, you still want us to remember you’re still winning, simply by the color of your skin.

Inclusion is a Hell of a Drug